Finding the Link Between Vision and Dyslexia 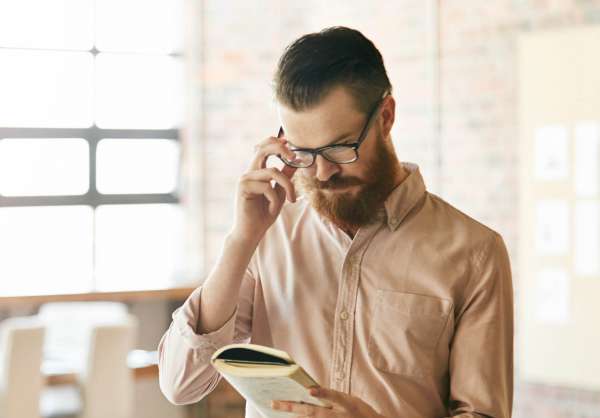 Researchers think they may know a way to temporarily repair dyslexia, highlighting the link between vision and the disorder. French scientists have also reported that a potential cause of dyslexia is linked to tiny cells in the human eye.

Dyslexia is a neurologically based condition that affects word-level decoding, reading fluency, and spelling. It can make letters appear to move around and make distinguishing left from right difficult. Within a small study, researchers from the University of Rennes found that people with dyslexia had dominant round spots in both of their eyes, as opposed to in just one eye. These spots lead to blurring and confusion.

The study is an important step toward understanding the disorder, but notes that not all dyslexics are the same. In fact, humans have a dominant eye in the same way that we have a dominant left or right hand.

The study, published in the journal Proceedings of the Royal Society B, examined the eyes of 30 non-dyslexics and 30 dyslexics. They discovered differences in the shape of spots found in the eye where red, green, and blue cones—which are responsible for colour—are located. In non-dyslexics, the blue cone-free spot in one eye was round while in the other eye it was oblong or unevenly shaped, making the round one more dominant.

Dyslexics had the same round-shaped spot in both eyes, which indicated that no eye is dominant. This causes the brain to become confused by two slightly different images. The lack of asymmetry and a dominant eye are accompanied by a 10 thousandths of a second delay between the primary image and the mirror image in the opposing hemispheres of the brain.

This discovery allowed researchers to develop a method to erase the image that confuses dyslexics using an LED lamp. The team flashed the lamp at a rate that is invisible to the naked eye to cancel one of the images while reading, essentially repairing the dyslexia. Initial experiments were successful, but further tests are required to confirm the technique really works.

Dyslexia is commonly an inherited trait, which affects 10% of the population. The research gave no indication of why these differences occurred in some people's eyes and not others.

FYidoctors has taken a special interest in how vision impacts learning. If you find that you or a family member are experiencing symptoms of dyslexia, please visit one of our eye care specialists at your nearest FYidoctors location.