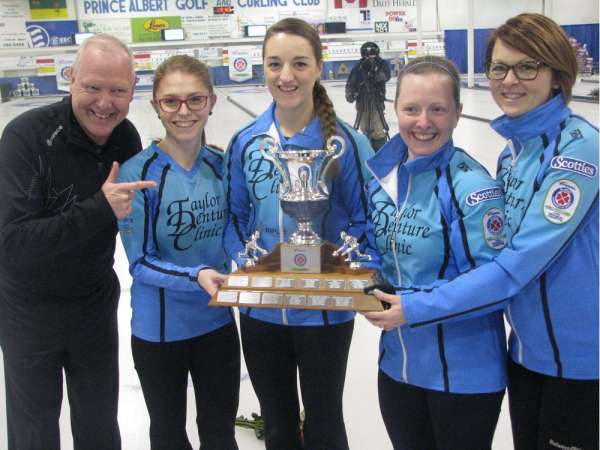 Here at FYidoctors, we're incredibly proud of our staff members' accomplishments, both in and out of our many clinics across the country.

That's why we're so excited that our very own Ashley Williamson (a dispenser at FYidoctors' Regina Downtown and Regina Rochdale locations) has officially qualified to represent Saskatchewan in the Scotties Tournament of Hearts!

The annual event sees the very best female curlers from across the country compete to represent Canada at the women's world championships. Ashley will be representing Saskatchewan along with teammates Jolene Campbell, Ashley Howard, Callan Hamon, Candace Chisholm and their coach Brie Jedlic. The tournament will be covered by TSN and other major news outlets, with a round robin of 12 teams facing off in Grande Prairie from Feb. 20th to the 28th.

To help ensure Ashley's rocks end up right on the button, we've sent her with two pairs of FYidoctors frames. Go, Ashley, go!

To meet with one of our dispensers and find the perfect pair of glasses, contact an FYidoctors near you.