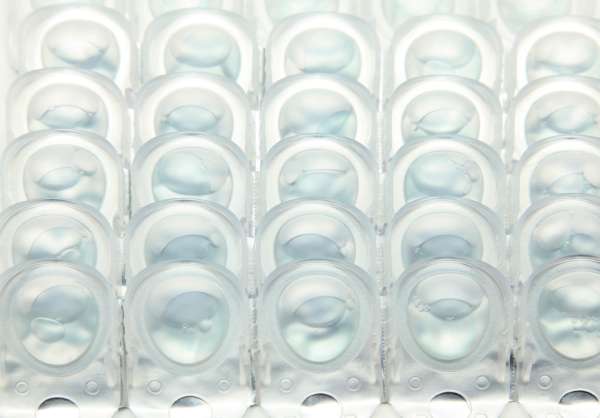 Imagine life 130 years ago. Back in 1887, folks were celebrating the first Groundhog Day in Punxsutawney, Pennsylvania, and the creation of Banff National Park in the Rocky Mountains. It was also the year the contact lens was invented.

To mark the 130th anniversary of the transformative invention that corrects the sight of approximately 30% of Canadians today, FYidoctors looks back on how the medical devices have evolved since their inception.

The theory behind it all began was one of the many ideas conceptualized by revered inventor Leonardo da Vinci. His 1508 sketches involved filling a bowl with water, placing your face in it, and seeing more clearly than ever. Although contact lenses were researched further by British astronomer Sir John Herschel in 1823, the first contact lens was not manufactured until 1887. The earliest form consisted of lenses made of glass that covered the entire eye. Crafted by glass blower and artificial eye maker, F. E. Muller in Wiesbaden, Germany, the invention was highly regarded and he was made an honourary Doctor of Medicine for his efforts.

The only problem with these first versions of contact lenses was they didn’t allow the wearer to close their eyes over the lenses. The glass lenses were heavy and covered the entire front surface of the eye, including the whites (sclera). Because of the reduction of oxygen supply to the cornea, these contacts could only be worn for a few hours and weren’t widely accepted.

Further development progressed over the next decades with mixtures of blown glass and plastic. By 1949, contact lenses were made successfully of plastic and designed to cover the eye's cornea only. These early hard lenses were composed of a non-porous plastic material called polymethyl methacrylate (PMMA). PMMA hard lenses were not gas-permeable, so they were fitted to move with each blink. This allowed oxygen-carrying tears to move under the lens and keep the cornea healthy.

Properly fitted, corneal PMMA contact lenses could be worn for 16 hours or more. Advancement in manufacturing techniques and fitting expertise among eye doctors led to an increased appeal for hard plastic contact lenses throughout the 1950s and 1960s.

The first official use of a soft contact lens wasn’t reported until in 1960 in Czechoslovakia. Chemists Otto Wichterle and Drahoslav Lim invented the first hydrophilic ("water-loving") hydrogel soft contact lens material. The discovery led to the 1971 launch of the first FDA-approved soft contact lenses in the United States — Bausch + Lomb's "SofLens" brand contacts.

Adaption of the product continued throughout the 1970s and 80s, with American and British manufacturers pioneering the most development. Soft contact lenses were introduced in 1971, reducing the popularity of more rigid PMMA lenses. By 1981, the FDA approved of new soft contact lenses for extended (overnight) wear.

In 1982, the world’s first disposable contact lens was introduced. The MIA lens was named after the Danish inventor Michael Bay, his wife Inga, and daughter Annette. By 1996, one-day disposable soft lenses were available.

Diverse materials such as silicone-hydrogel contact lenses entered the market in the 2000s, as well as patient treatment with overnight orthokeratology.

Today, despite the availability of rigid gas permeable contacts that often provide sharper vision and extremely efficient oxygen permeability compared with soft lenses, more than 90% of contact lenses prescribed in the United States are soft lenses.

If contact lenses are a part of your vision correction routine, be sure you know the five most important contact lens wearing habits on our blog.