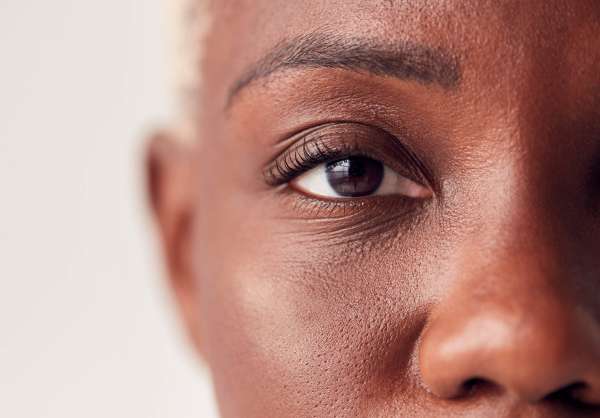 Nystagmus is an eye disorder that results in rapid involuntary eye movements of one or both eyes. It is sometimes incorrectly described as “dancing eyes” or “jerking eyes.” The eye movements can vary but usually look like twitches from side to side, up or down, and anything in between. Movements can also vary in intensity from slight fluctuations to visible movement.

Below are the three primary mechanisms that control eye movement. They are responsible maintaining balance, clarifying vision and allowing the eyes to focus on objects in a controlled manner.

Visual fixation mechanism: A dynamic process that happens between the eyes and brain to maintain focus. The nervous system constantly stimulates neurons to generate specific eye movements. In other words, keeping the eye focused on one spot or object without moving is possible due to the mechanism of fixation. When you concentrate on one spot, that’s your visual fixation working.

Vestibulo-ocular reflex mechanism: This mechanism is responsible for our constant head and eye movements, along with maintaining the balance necessary for the body to do daily tasks. This reflex stabilizes eye movement and visual images by sending and receiving signals back and forth from the brain and eyes to the inner ear, where the vestibular system resides.

Neural integrator mechanism: This mechanism is comprised of the nerves and muscles attached to the eyes and is responsible for the signals between the eyes and the brain. It allows the eye to return to its primary position (facing forward) from sometimes extreme movements, such as gazing to the far left, right, or up or down. It allows for the stabilization of images as you move to achieve a comfortable single vision.

When any (or all) of these mechanisms are affected, the result can be nystagmus.

The primary symptom of nystagmus is eye oscillations and involuntary eye movement.
In addition, those who are diagnosed with nystagmus often experience the following common symptoms:

- Trouble holding the head in a tilted position and vertigo.

There doesn’t seem to be one cause of nystagmus, although it’s primarily attributed to neurological problems. Anything from brain damage to genetics can be partially responsible, and factors often overlap leading up to diagnosis. An individual can have more than one condition that leads to the development of this disorder.

That said, there are some known conditions associated with developing nystagmus:

- Medication use (some epilepsy drugs)

Nystagmus is divided into many subcategories, but for simplicity, we’ll focus on the primary subcategories: congenital nystagmus, spasmus nutans nystagmus and acquired nystagmus.

More correctly referred to as infantile nystagmus, involuntary eye movements are of course the primary characteristic, but this nystagmus appears spontaneously at birth or within the first three months of an infant’s life. Congenital nystagmus is said to persist throughout a person’s life and is estimated to affect one in 1500 births. Eye movement is typically presented as swinging from side to side. Underlying conditions are sometimes associated with this type of nystagmus, mainly albinism, absence of the iris, underdeveloped optic nerves and congenital cataracts.

This subtype is quite a rare spontaneous disorder but it usually affects children between the ages of three and six years of age. There are three main visible changes in this subtype: nystagmus, head nodding and twisting of the neck. The good news is that in most cases, the disorder disappears spontaneously with age.

Acquired nystagmus encompasses every other type of involuntary eye oscillations after the early stages of childhood. It can have many triggers; studies on nystagmus reveal that anything from nerve or brain damage to medication side effects, metabolic disorders, cancer or genetic mutations may be responsible for the involuntary eye movements associated with  nystagmus.

Here are some ways to describe nystagmus eye movements:

Vertical nystagmus: comprised of either purely downbeating (eye movements drifting up and coming down quickly) or upbeat (eye movement drifts down and quickly shifts up)

Diagnosing this disorder is simpler than some other conditions as it is quite visible. Normally, a comprehensive eye exam is enough to diagnose nystagmus. It can be more challenging to diagnose any potential underlying conditions that may be triggering the nystagmus symptoms.

Treating nystagmus. What are the options?

Treating nystagmus depends on the conditions triggering the symptoms. Eyeglasses and contact lenses will not correct nystagmus but can help with vision clarity if the patient has refractive errors or a high prescription. For children, using large-print books, increased lighting and magnifying devices can help with learning and development. The primary way to treat nystagmus is to establish what is causing the problems with the three mechanisms and then develop treatment plans based on that.

Eye muscle surgery is sometimes used to treat the condition. Depending on the patient, this surgery can help alleviate abnormal head positions and can decrease the strength of the eye oscillations.

Regular eye exams can make a huge difference in eye health, including catching eye diseases early. Especially in children too young to voice issues, an eye exam can mean the difference between development problems and good long-term health.

Book an appointment at your local FYidoctors clinic today.