Men’s Health: The Dangers of Avoiding Eye Exams and Common Eye Diseases to Watch Out For 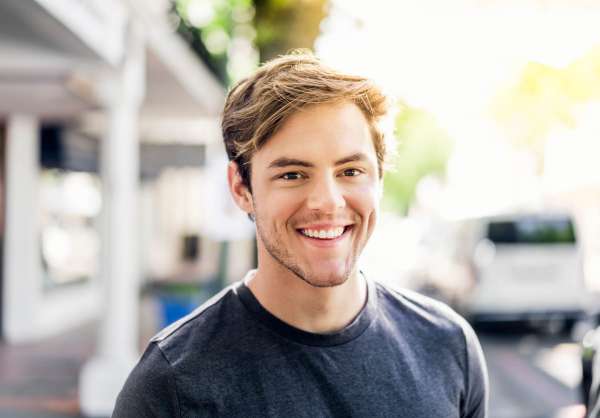 While most common eye diseases tend to affect women more than men (attributed to socioeconomic status, shorter lifespans, and hormones), there are a number of eye problems that occur more frequently in men, and it’s important to be aware of signs, symptoms, and prevention.

Colour blindness, especially affecting the colours of red-green, is more commonly found in men due to x-linked recessive inheritance. The mutation for colour blindness is carried on the X chromosome. Females have two X chromosomes, so if they have one that is unaffected, they will only be carriers. To be at risk of inheriting the disorder, females would need both a carrier mother and an affected father. Conversely, males only have one X chromosome that is inherited from the mother’s side. If that chromosome is affected, the male child will be colour blind.

Also known as choroidal sclerosis, choroideremia is a genetic disorder resulting in extensive loss of all retinal layers in your eyes. Primarily found in males, this disorder begins in childhood with light sensitivity, progresses to the loss of peripheral vision (tunnel vision), and finally affects central vision, eventually resulting in blindness. A small number of females develop the disorder as a result of a genetic process that inactivates the normal gene and leaves only the dysfunctional gene active, but this condition is mostly present among men.

Diabetes causes many complications in the body, but did you know men show a higher prevalence of diabetic retinopathy than women? Affecting the blood vessels in the retina, DR can lead to substantial vision loss or blindness in those diagnosed with diabetes type 1 and type 2. The damage done to the blood vessels in the eyes begins with mild to unnoticeable symptoms. However, like glaucoma, when the disease progresses past a certain point, the symptoms become acute and hard to treat. According to research conducted by the International Journal of Diabetology, despite overall having fewer risk factors in diabetes, men were still much more likely to experience diabetic retinopathy.

High blood pressure is known to cause a slew of health issues, but not everyone realizes its impacts on the eyes. Nevertheless, hypertension has many effects on eye health; untreated over time, it often leads to risk of vision loss. Men statistically tend to be more susceptive to high blood pressure, so understandably, this type of retinopathy (damage to the retina) has a higher chance of impacting them. Interestingly, hypertensive retinopathy has been shown to predict coronary heart disease in men. If there wasn’t a clear reason to book a regular eye checkup, this is one of the biggest reasons when it comes to men’s health.

Pretty evenly matched between the sexes, AMD is still one of the leading causes of blindness in Canada, affecting more than 1.4 million people over the age of 55. Due to its frequency and symptomless onset, it’s one of the diseases every man should be screening for during his regular eye exam. Often resulting in severe vision loss, AMD is said to be caused by UV light exposure, poor nutrition, and blood pressure, and at times has proven to be hereditary.

Cataracts is another common eye disease that both sexes should be aware of. A slowly developing but very common condition affecting more than 2.5 million Canadians, cataracts is caused by the hardening or yellowing of the lens in one or both eyes. Read our article to discover Our article on the causes of cataracts and the types of treatment available  goes in-depth into the topic. Cataracts can be triggered by UV radiation and a general lack of self-care, among many other factors.

Besides genetics, one of the main culprits of men’s eye health problems is late presentation complications.

A study in the Journal of Ophthalmic and Physiological Optics indicates that on average, men are around 16 percent more likely to develop advanced vision loss as a result of glaucoma.

The research also suggests that men’s tendencies to have a more relaxed approach to eye exams (and eye care in general) have had a significant impact on their health. Late attendance to eye exams is a significant risk factor in the development of any disease and of the success of treating it. Common eye diseases tend to be harder, if not impossible, to treat the later they are addressed.

Many eye diseases can cause significant internal damage, but often symptoms remain undetected until serious deterioration occurs. This means that by the time a patient does see an optometrist, they may already have advanced problems with their eyesight. In many cases, diseases that have progressed to such an extreme point are irreversible, or at least much harder to treat, with fewer options of complete recovery available to patients. This especially presents challenges in diseases like glaucoma, which tends to be irreversible after a certain point of deterioration.

Researchers at the American Academy of Ophthalmology have found that while nearly two out of three adults reported having vision problems such as blurry vision, double vision, difficulty seeing at night, problems with reading up close, only 13 percent of those people have reported seeing a professional for an eye exam. That is a staggering number of individuals failing to get the treatment they need for an array of possibly life-altering conditions.

Any disease that tends to be problematic in treatment as they progress should be regulated and under a doctor’s supervision.

Why should men be particularly vigilant with eye exams?

With technology and ease of treatments abundantly accessible nowadays, men are shown to be falling behind women in booking and regularly attending doctor’s appointments. It’s estimated that close to 60 per cent of men don’t have regular doctor’s visits. According to the CDC, women are 33 percent more likely to visit doctors and 100 percent more proactive at maintaining screening and preventative care.

Cultural and social barriers may be the reason, as health problems can be seen as a sign of weakness, or needing a change of lifestyle, resulting in higher rates of care avoidance. These behaviours are suggested as being linked to the stereotypical behaviour of pushing past pain and other diseases, such as loss of eyesight, even if doing so leads to serious consequences later on. Eye health is intimately linked to overall health, and its upkeep should be at the centre of every personal health plan.

Researchers at Stanford suggest that getting young boys acclimated to seeing checkups as part of regular self-care may be one of the best steps to preventing this behaviour in adulthood and avoiding chronic disease. When it comes to eye diseases, putting off exams and not following aftercare can result in serious disabilities and/or invasive procedures necessary later in life.

Read all about the importance of eye exams in one of our previous articles. Men’s health relies on early positive behaviour established around eye care.

Book your eye exam with your local FYidoctors clinic today.