New Microscope Prototype Could Compensate for Loss of Vision 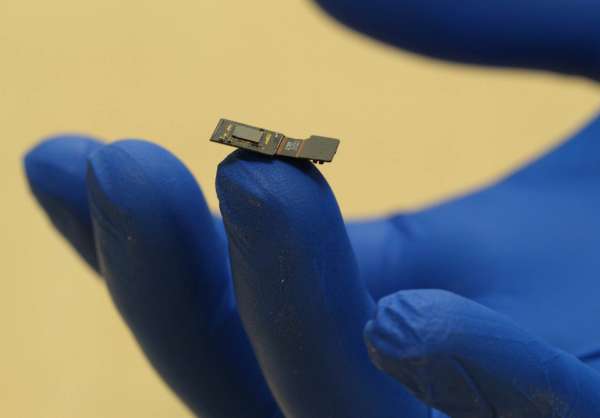 Researchers out of Rice University in Houston, Texas are developing a surgically-implanted microscope prototype to restore sight for those with vision loss.

The prototype is being designed to compensate for a person’s vision or hearing loss by delivering digital information directly to parts of the brain that can process it. The flat microscope, called FlatScope™, will be equipped with software that can decode and trigger neurons on the surface of the brain. The project is part of a $65 million USD effort by the federal Defense Advanced Research Projects Agency (DARPA) to develop a high-resolution neural interface.

The exploratory development will spend four years developing an optical hardware and software interface. This optical interface will detect signals from modified neurons that generate light when they are active. In plain speak, the FlatScope™ programs neurons with proteins that release a photon or bioluminescent light when triggered.

The project is a collaboration with the Yale University-affiliated John B. Pierce Laboratory led by neuroscientist Vincent Pieribone. The technology has been pursued before, but never to this extent. According to the university’s development team, current probes that monitor and deliver signals to neurons to treat Parkinson’s disease or epilepsy are extremely limited.

“State-of-the-art systems have only 16 electrodes, and that creates a real practical limit on how well we can capture and represent information from the brain,” Rice engineer Jacob Robinson said in a media release.

Rice University engineering professors (from left) Ashok Veeraraghavan, Jacob Robinson, and Caleb Kemere are part of a DARPA program to create a high-resolution, wireless neural interface that can be implanted on the cortex. Source: Rice University.

The FlatScope™ will be small enough to sit between the skull and cortex without putting additional pressure on the brain, and with enough capacity to sense and deliver signals from perhaps millions of neurons to a computer. This technology can capture more detail than existing brain probes – even up to one million neurons – and reach levels deep enough to shed light on how the mind processes sensory input.

If technologies like this microscope lead the way to quickly interpreting neuron activity, it could be possible to create sensors that send audiovisual data to the brain and essentially take over for any missing senses. Any breakthrough on that level is a long way off, but there is some hope that blindness and deafness will eventually become problems that can be overcome with tech.

To read about another experiment attempting to cure hereditary blindness, read our blog.