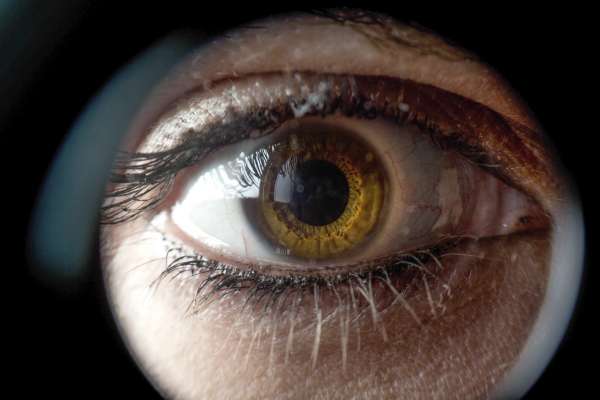 The link between the way we see and the way our brain works is incredibly strong. Case in point: a recent article from the medical publication PsyCh Journal (and reported by The Washington Post),which tells the story of a 37-year old German woman named "B.T." (her real name was changed to protect her identity).

After suffering a traumatic accident as a young woman, B.T. was diagnosed with cortical blindness, a condition in which the visual processing centers in her brain are severely damaged. For nearly two decades, she was unable to see anything.

Blindness, however, was only one of the many obstacles B.T. had to deal with, as after her accident it soon became apparent that she had over 10 wildly different personalities (a controversial condition known as Dissociative Identity Disorder, which has been popularized in books, films and television shows). B.T.'s identities ranged in age, gender, habits and temperament, and even spoke different languages since she'd grown up in both Germany and an English-speaking country.

During recent treatment for her psychological condition, however, B.T. was suddenly able to see after 17 years of blindness, when she assumed one of her identities. What they soon discovered is that B.T.'s blindness wasn't caused by brain damage (as doctor's had originally diagnosed) but rather a form of psychological blindness.

When looking back at B.T.'s medical records from the accident, doctors found that at the time, B.T. had been subjected to a series of vision tests involving lasers, special glasses and direct light stimulation, all of which showed that she was completely blind. Since doctors were unable to see any direct damage to the eyes, they assumed it was related to brain damage caused by her accident.

Now that B.T. could suddenly see, her doctor's were curious to find out why, with some of them skeptical that she might have been lying about her disability the whole time. An EEG test was administered that provided a full scan of B.T.'s brain. It revealed that she was indeed completely blind when certain personalities were in control, with her brain then able to process visual information when other identities assumed control of her body. The brain scan found that as B.T. switched between identities, her vision flicked on and off like a light switch in her brain.

Doctors believe that B.T.'s blindness was in fact psychologically induced, perhaps due to her accident, which caused her brain to literally shut off her visual processes. While that might sound strange, it's actually not that uncommon for the brain to shut down visual information. For example, when your two eyes see slightly different images (such as when you're squinting), the brain will actually cut out one of the images to keep you from getting confused.

In the case of B.T., doctors aren't certain why she is now suddenly able to see, but suspect it has to do with the psychological treatment she's received. Since the discovery however, B.T. has undergone additional treatments, and now all but two of her identities have regained their sight.

B.T.’s strange case reveals a small glimpse into the connection between our brains and our eyes, and shows how together they control not only what we see around us, but who we are as people.

To book an eye exam and learn about the connection between your eyes and your brain, .