Help the Blind with this Revolutionary New App 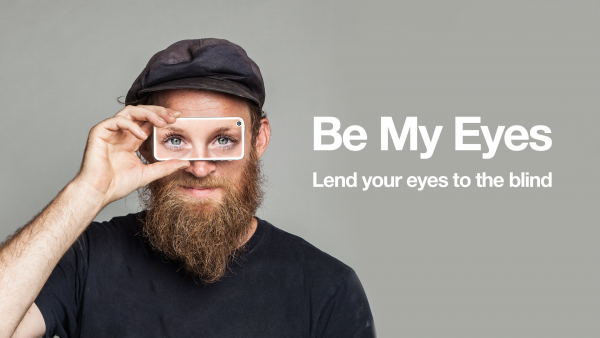 Every day, visually impaired people eat, run errands, get around the city, and do everything else their non-impaired counterparts do. While many modern societies have adapted infrastructure and added assistive technologies - such as braille on currency - in an effort to make life easier for the visually impaired, these individuals are still often unable to carry out some tasks we take for granted, like checking expiry dates on food or reading mail. Thanks to a new iPhone app, these once impossible tasks are now as simple as tapping a screen.

Be My Eyes uses an iPhone, iPad, or iPod’s camera and video chat capabilities to connect a visually impaired user to a network of over 350,000 volunteer helpers. The user will use their camera to show the volunteer what object or challenge they need assistance with, and the live volunteer will guide them accordingly. These volunteers make a true difference in someone’s life, while the visually impaired user can work through their daily obstacles much easier.

Be My Eyes’ founder, Hans Jørgen Wiberg, is himself visually impaired and came up with the idea during his time working at the Danish Association of the Blind. Work on the app started in 2012, when the iPhone was updated to include a host of accessibility features. After presenting the idea at a TED Talk, Wiberg and his team launched in 2015 and the app was an instant success. Today, Be My Eyes boasts a continuously growing volunteer base that speaks more than 50 languages and is spread throughout the world.

To learn more about  Be My Eyes or to download the app, visit bemyeyes.org