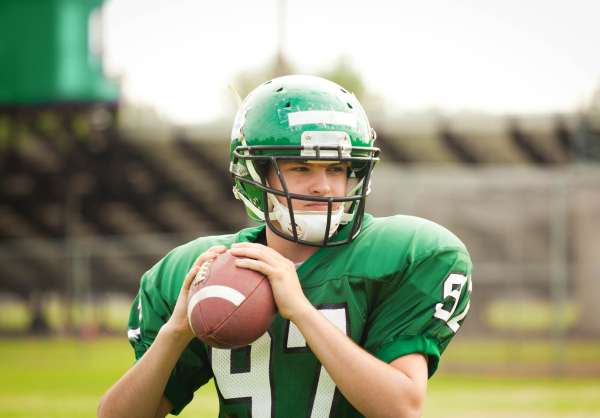 Concussions are one of the more common injuries sustained when participating in contact sports, and yet one of the riskiest. They can be difficult to diagnose and can have long-term effects on the body, including the eyes.

There’s still no generally accepted definition for what a concussion exactly is, but it’s agreed that it is a type of head injury that causes the brain to move back and forth quickly in the skull, caused by a blow, bump or jolt. At its simplest, the shock to the delicate brain tissue can cause neurons to tear, preventing cells from communicating. Damaged neurons also release toxins, causing the death of neurons around them. Most concussions fully heal, and with that, the symptoms disappear.

In Canada, over 452 people suffer serious brain injuries every day. and due to their often mundane-seeming nature and possibility of re-injury, concussions have the potential to become more serious over time. Especially widespread in young children and those who play contact sports, concussion symptoms include sight problems, headaches, dizziness, mood swings, trouble sleeping, and difficulty concentrating and memorization. If left untreated, or if the patient suffers another concussion, it’s possible that sight loss, brain damage and a host of other problems could arise. This is why it’s important the concussion diagnosis is done fast, and symptoms are recognized sooner rather than later.

What is EYE-SYNC and how does it work?

A new player in the field of concussion diagnosis and neurotechnology is the EYE-SYNC system by SyncThink. Granted Breakthrough Device Designation by the FDA, the VR goggles are outfitted with eye-tracking technology that picks up and analyzes the ease or difficulty the eyes have tracking objects.

It’s important to note that this device doesn’t claim to diagnose a concussion with perfect accuracy, but what it can do is diagnose visual disruption and flag a patient for further testing towards a diagnosis. The quick testing time makes the EYE-SYNC system incredibly practical — for example, a football player could be tested on the field to determine if they should be pulled from the game.

On the field, it is virtually impossible to properly diagnose a concussion without any tools, especially immediately after the fact. The EYE-SYNC goggles may be able to change that completely and proactively work to minimize the toll concussions have on players.

How to spot a concussion

Concussions can be very hard to spot because often, symptoms develop over time, and not directly after the incident. Usually, telltale signs of a concussion are sight disturbances, headaches, inability to concentrate, fatigue or dizziness. It’s imperative to monitor an individual for at least a few days, no matter how minimal the concussion seems, to avoid retraumatizing the area.

Trying to return to sports or activities too soon or play through a concussion may result in PCS (Post Concussion Syndrome) where mood, headaches, and learning difficulties appear for months or even years after the injury. Sub-concussive impacts or low-impact jolts that are not traditionally seen as true concussions can compound over time and become serious health issues.

It may be helpful to talk to your eye doctor about potential past concussions and have them conduct an eye exam to rule out any changes in the structures of the eye.

Book an appointment at your local FYidoctors clinic today.