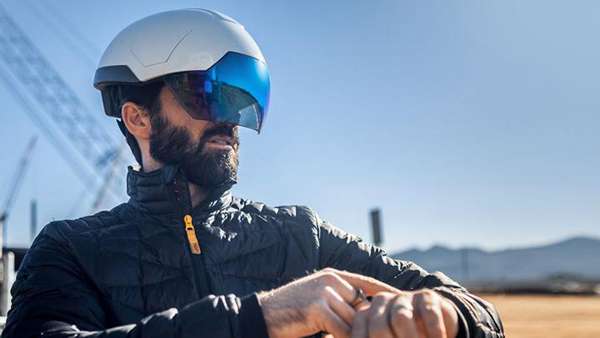 You might remember being a kid and seeing ads in the back of comic books and cereal boxes offering "x-ray glasses" for only $1 dollar that would allow you to see through walls, skin and… ahem… even clothes. Of course, the idea was too good to be true, but real x-ray glasses are, believe it or not, something that might be closer than you think. In fact, a Los Angeles-based technology company called DAQRI may have finally delivered the x-ray glasses we've been waiting for. Sort of.

The device, known as the DAQRI Smart Helmet was unveiled at the 2016 Consumer Electronics Show in Las Vegas. Created with the help of computer processing giant Intel, the device allows the wearer to see superimposed digital projections of the inside of objects, such as nearby pipes and machinery, to give them an idea of how the various components function in order to troubleshoot potential problems.

The Smart Helmet can also provide the wearer with detailed schematics, maps and 3D representations. In this sense, it's more like augmented reality than true x-ray vision, but the ability to see projections of the inside of objects (and even people) has the potential to revolutionize manufacturing, engineering, medicine and countless other fields.

So while true x-ray glasses might still be a pipe dream, DAQRI's Smart Helmet is probably as close as we're going to get (for now). But with a hefty consumer price tag of around $15,000 a pair, don't expect to see them advertised on the back of any comic books or cereal boxes anytime soon.

To learn more about how your eyes work, book an appointment with an FYidoctors optometrist near you.