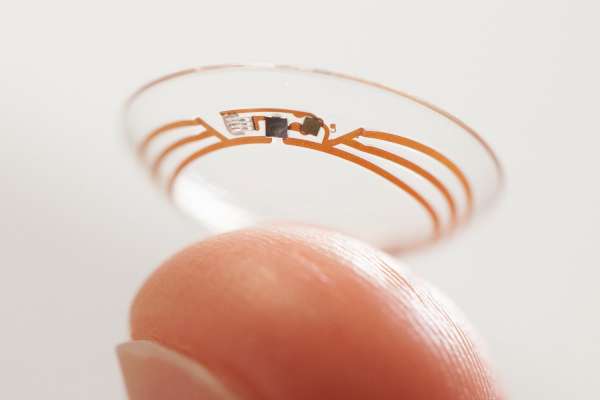 Unlike Google Glass, however, these potentially revolutionary devices aren't for checking your email or blinking through Facebook statuses. Instead, the lenses are going to address a problem that millions of Canadians face on a daily basis: diabetes.

The device is still in the early prototype stage, but the idea behind it is simple: each contact includes a small sensor that measures the glucose levels in the wearer's tears. The contact lens then uses a tiny antenna, thinner than a human hair, to gather and wirelessly transmit blood glucose readings to an external device, such as a handheld monitor or smartphone.

While it might sound like something culled from the pages of a science fiction novel, the lenses may offer much-needed relief to diabetics forced to undergo the painful and time-consuming process of pricking their fingers in order to measure blood glucose level.

Of course, one of the concerns that has already been raised is how Google plans to protect any data gathered by the devices – an issue that's particularly important given that false or manipulated data could be a matter of life and death for diabetics.

In a number of discussions with the media, Google has stated that the lenses will utilize state-of-the-art security to prevent tampering or data deft. The device also includes a number of fail-safes to ensure accurate readings and reduce wear and tear, including a tiny built-in device designed to prevent overheating.

It's still too early to tell if Google's smart contact lens project will ever make it to consumers, but the company has already begun talks with the U.S. Food and Drug Administration for approval. One thing is clear though: this potential new form of eyewear could spell relief for millions of diabetics and is yet another way Google is looking to the future of lens technology.