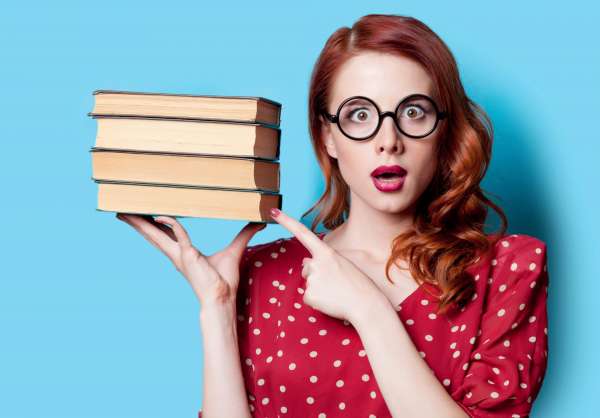 Think about your favourite book. What makes it stand out so much to you? Is it the relevance of the theme, the depth of setting, or perhaps the quality of characters? What about their glasses?

The history of English literature has seen many bespectacled heroes, heroines, and villains. Children and adults alike have identified strongly with these characters and often, their style of glasses becomes an ageless icon. In the spirit of National Literacy Month, we’ve put together this list of our favourite fictional glasses wearers:

Piggy, Lord of The Flies

In William Golding’s classic novel, near-sighted character Piggy uses his glasses to start a fire. In reality, if those same glasses were used to try to start a fire, their concave lenses would scatter sunlight, rather than focus light and heat to one point, resulting in no flames at all. Optics aside, Piggy’s glasses are used as a metaphor throughout the novel, first being shattered and then stolen, leaving him sightless to the peril that eventually awaits him.

The first time we met this boy wizard, he was rather unimpressive: small and unassertive, Harry appeared to be the complete opposite of the hero he eventually became. Aside from his distinctive forehead scar, his round glasses have become an iconic representation of both his character and the series. Of course, we change our opinion of Harry once the wand comes out and he saves the day, time and again. The newest Harry Potter book, Harry Potter and the Cursed Child, hit bookshelves this past summer. Have you had a chance to read it yet?

More than a fashion statement, Clark Kent’s glasses completely change him as a person. By day, his voice is nasally, his hair is combed, his clothing hides his physique, and he works a desk job, all while wearing his glasses. Once the glasses come off, the man of steel emerges to fight evil and save the world. This is a powerful statement about identity, and just how much a pair of glasses can help define a person. Many of our locations carry styles similar to the frames worn by Clark Kent. Check with your closest one to see if they’re in stock.

Atticus Finch, To Kill a Mockingbird

One of the most famous characters in literature also happens to wear glasses, which a number of literary critics have theorized are a reflection of his gentle and inquisitive, yet calculated and clear-seeing persona. Atticus’ representation of black defendants at the height of American civil rights turmoil in southern Alabama shows his ability to see through social, class, and cultural divides to defend justice and set a precedent in the courtroom. His impact on not only literature, but also the legal profession, has persisted to this day.

Inspired by real-life Vogue editor-in-chief Anna Wintour, who herself is known for her large, eclectic sunglasses, Miranda Priestly barks orders at her subordinates from behind her designer frames and runs a tight ship at the fictional Runway Magazine. It isn’t just her conduct that makes her notable, but also, her fashion sense. Her glasses play a pivotal role in her character’s persona, completing her ensemble wardrobe described by the book’s protagonist, Andrea Sachs, as “imposing.”

A pair of glasses can mean many things in literature. They can be a passing character descriptor, such as Miranda Priestly’s, provide insight on the nature of a character such as Atticus Finch, or a heavy plot-enhancing metaphor, just like the iconic glasses that transform Superman back into Clark Kent. What are your favourite literary specs?