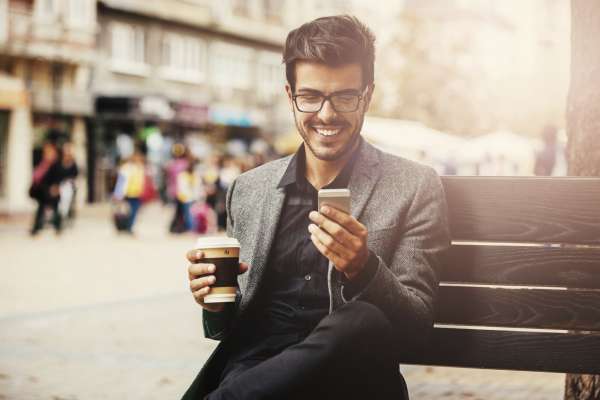 While driving in the car, we're often on the look out for "blind spots" around us where a passing vehicle might be fast approaching. But did you know that your eyes also have a similar blind spot?

In fact, you can easily find this visual dead zone by drawing two dots that are about 15 centimeters apart from one another. Next, close one eye and focus your open eye on one of the dots. Now slowly move the paper away from your face and watch how the dot you hadn't been focusing on quickly disappears.

This naturally occurring blind spot happens because your eye's optic nerve sends visual messages to the brain directly through your retina. In the process, it creates an incredibly small "smear" in the light-sensitive tissue of the eye, preventing us from seeing images projected onto the exact part of your eye where the smear occurs.

And while in most cases, this small blind spot in our visual field won't grow any larger or smaller, according to a recent study you may be able to minimize its effects.

The study was spearheaded by the University of Queensland in Australia, which trained 10 people over a 20-day period to perform a simple task that involved looking at objects located near their visual blind spot. The researchers then slowly decreased the size of the viewing area, forcing the participant’s eyes to make adjustments on the fly.

When the training was over, the participants showed improvements in their ability to detect objects within their blind spots for individual eyes. The researchers believe this is because the neurons located around the eye’s blind spot were more active, resulting in improved vision.

It's also believed that this kind of visual treatment could be used in conjunction with new technology and retinal stem cell therapy to help combat the effects of eye conditions such as Age-Related Macular Degeneration (AMD).

To learn more about your eyes and get tested for AMD, book an appointment with an FYidoctors optometrist near you.