Stargazing & Astrophotography: How Our Eyes Can See (and capture) the Night Sky!

Stargazing on a clear summer night is a wonderful pastime for people of all ages, but it’s only the extremely dedicated who take astrology to the next level using vision, lenses, and light to capture images of our endless overhead vistas. Astronomy and astrophotography are hobbies fit for any fan of the night sky, and today we examine how the specialties help us see the universe in ways our naked eye cannot.

Astronomy is the study of the universe and its contents outside of Earth’s atmosphere. Astronomers examine the positions, motions, and properties of celestial objects. Many astronomers document their findings with astrophotography, which is the name given to the process of taking pictures of anything in space. As our civilization learns more about the universe beyond our solar system, telescope and camera equipment has refined to better capture the distant light that travels through space.

How Far Can the Human Eye See?

The distance you can see depends on how many particles of light, or photons, an object you are looking at emits. Although the Earth’s surface curves out of sight at a distance of 5 km, our visual acuity extends far beyond the horizon. If the Earth was flat, bright light could be perceived hundreds of kilometres away. On a dark night, it is estimated that you can see a candle flame flickering up to 48 kilometres away.

The Andromeda galaxy is the farthest object visible by the naked eye, which is located an astonishing 2.6 million light-years from Earth. The galaxy’s 1 trillion stars collectively emit enough light for a few thousand photons to hit each cm2 of Earth every second.

How to see more of the universe

Besides being able to record the details of the moon, sun, and planets, astrophotography can show us objects that are invisible to the human eye such as dim stars, nebulae, and galaxies. By exposing an image for long periods of time, both film and digital cameras can accumulate and capture (sum) light photons.

“The eye is an amazing piece of evolved biology and has the same core components that are used in a camera,” said Adam Evans, a Toronto-based astronomy instructor with the Royal Ontario Museum, member of the Royal Astronomical Society of Canada, and amateur astrophotographer who has spent many clear nights with his eyes turned upward. “The telescope or camera lens is just like the eye, but it can see more wavelengths and can capture way more photons. Telescopes enhance what the eye can do.”

Astronomical research was revolutionized by the advancement of photography, allowing long time exposures to record hundreds of thousands of new stars and nebulae that were invisible to the human eye, leading to specialized and ever larger optical telescopes that were essentially big cameras designed to record light using photographic plates.

“If you take a picture of the sky, everything in that photo has a different distance,” explains Evans. “Every photo has things that are far and things that are close. Objects that are in the background are light-years away, while the moon is close.”

A light-year is how we measure distance in space. A single light-year is how far a beam of light travels in one year’s time, spanning to about 9.6 trillion kilometres. The most interesting part about viewing space is that the stars we see are so far away that by the time their beam of light hits our eyes in our galaxy, they could have by now exploded or burnt out.

This image took 180 minutes to capture over three nights in 2014 in downtown Toronto. The NGC 281 is located roughly 9,200 light-years away in the constellation Cassiopeia. The massive stars in the middle of this nebula are shaping their environment through powerful stellar winds and intense radiation. They heat up the surrounding gas, causing it to emit light, and forming the pillars you see on the right side of the scene. Opaque dust clouds – dark nebulae – block some of the light emitted by these glowing gases. To capture this photo, Evans combined images captured in narrow wavelengths of light emitted by oxygen and hydrogen atoms, and then later captured standard RGB frames just for the star field.

Taking on the challenge

Astrophotography is not a passing hobby. The equipment needed to capture images is expensive, and close-to-perfect circumstances are required for a shoot to be successful.

Evans has been an amateur astrophotographer for just over 10 years, and shoots out of his own home-built backyard observatory. His work has been featured in National Geographic books, Wikipedia, and on the cover of Sky & Telescope magazine.

“Astrophotography is trying to capture really faint stuff that is far away,” said Evans, who shoots with a camera connected to a computer, which is then set up on a tripod, two mounts, and two motors that move the camera in time with the rotation of the Earth. “In order to illuminate the picture, you need to get enough photons.”

On top of that challenge, there are many obstacles that can get in the way of capturing the perfect image. Because the shutter is open for extended periods of time, many hours of solid stabilization are required, with one single image sometimes requiring as much as 10 hours of image data collected. Light pollution, humidity, a full moon, and clouds also ruin an image.

But for all the complications, the images Evans captures makes it worth the work.

“Astronomy is a wonderfully rewarding visual hobby,” he said. On his bucket list is to shoot the sky from a different angle such as in the Southern Hemisphere. 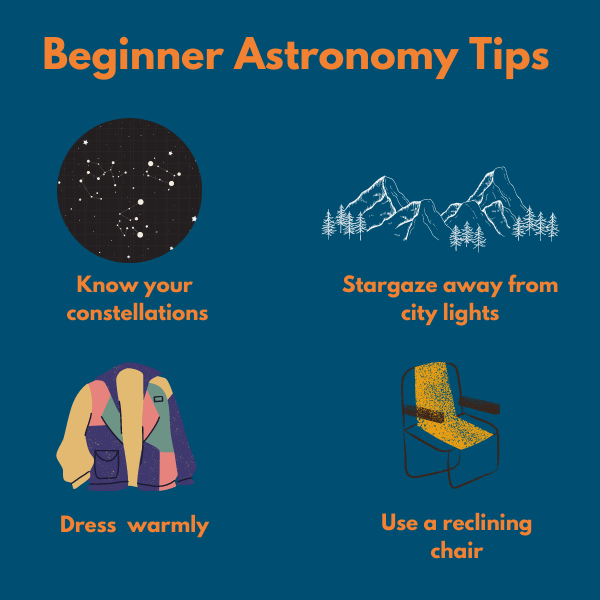 “Astrophotography is time travel,” said Evans. “It is like looking into the past, because the further away your target, the more ancient the photons are in your picture.”

Looking for more summer hobbies? Check out our 4 Ways To Spend Your Free Time blog for ideas.