6 Things You Didn’t Know About Cataracts 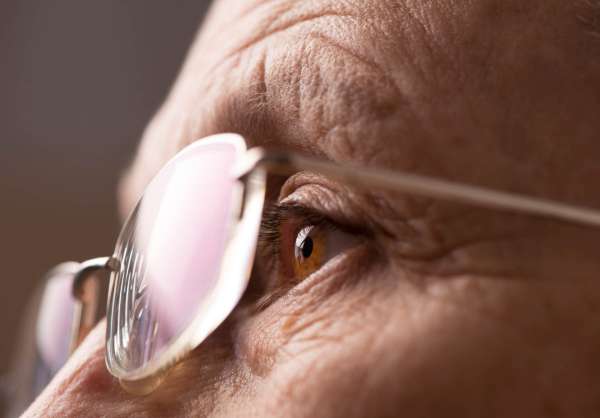 It’s Cataracts Awareness month, a time to get familiar with both the common and lesser-known facts about the disease. The good news is that common perceptions of cataracts are often much grimmer than the condition itself.

If left untreated, cataracts can, of course, have devastating effects on one or both eyes, with the potential to lead to blindness. But cataract treatment has been around since the fifth century BC, and treatment has been continuously improved upon. Nowadays, most patients can go back to work within a few days, if not the day, after surgery. While complications can occur, they are quite rare and easily treated.

Keeping with the times, new research suggests that drug therapy may soon be possible for cataract treatment. This adds non-invasive treatments as a possibility in the near future.

Fun fact: Claude Monet had cataracts! His art was influenced by how he saw and experienced the world around him through a cloudy lens. He finally underwent surgery in 1923 and regained much of his vision. Afterward, he was often heard complaining that the world was too yellow and too blue!

Facts about cataracts you may not know:

1. It’s not an elderly disease—babies can be born with it too

While most cataracts are age-related, one of the biggest misconceptions about this disease is that it only affects the elderly. Contrary to that popular belief, cataracts can affect anyone of any age. Even babies can be born with it or develop it later on—this is called pediatric cataracts. Cataracts in children are often genetic, so it’s important to keep a close watch on how the eyes look, and how a child is behaving and maneuvering its surroundings.

Some symptoms of cataracts to look for in a child are:

- pupils that looks white when a light is flashed in

- rhythmic eye movements that don’t seem to be controlled

In children who are old enough to voice discomfort:

- complaints of cloudy of blurry vision

- trouble looking at lights, lights being too bright

- mentions of circles (halos) around objects

The National Institute of Diabetes and Digestive and Kidney Diseases warns about the dangers of secondary diseases people can develop when they’re diabetic. Cataracts are just one of a group of four serious eye conditions, called diabetic eye disease, that can develop. The other three diseases are diabetic retinopathy, diabetic macular edema, and glaucoma.

Diabetes is considered one of the key factors of cataract development. It is often the case that pre-diabetic patients may not even know they are more at risk in their condition. Research suggests that for those with type 2 diabetes, lowering their HbA1c levels by just 1 percent can reduce cataracts risk by a substantial 19 percent. Diabetic patients need to have their blood glucose levels tightly controlled before they can be greenlit for cataracts surgery.

Sunglasses don’t just look good, they really can save your eyes. Years of chronic sunlight exposure can have devastating effects on your eye health. The National Eye Institute has confirmed that there is a proven link between UV rays and oxidative stress, causing the lens proteins to go through advanced glycation and cataract formation.

Tissue elevation on the eye surface, macular degeneration, and cataracts are said to be the main consequences of prolonged and unprotected UV exposure. Learn more about how UV rays affect your eyes and how to protect them.

4. Cataracts do not return if you’ve had them removed

Cataract surgery is not the strenuous procedure it once was. With new and developing technologies, cataracts removal is fast and requires a relatively small window to heal. Many patients assume that they can develop the disease again post-surgery. Not to worry, once removed, cataracts cannot come back, and artificial lenses do not develop this condition.

5. Your eye colour can affect your risk of developing cataracts

Your eye colour may make you more at risk for developing cataracts. Researchers suggest that those with brown or hazel eye colours may be 2.5 times more likely to develop the disease than their light-eyed counterparts. The dark colour of the eyes draws in and absorbs more light, leading to increased heating up of the lens.

This is yet another reason that protecting your eyes from sun damage is a major component in preventing cataracts. Avoiding UV rays and adding antioxidants to your diet are recommended in order to evading formation.

Symptoms of this illness can vary greatly among individuals. You may experience one symptom or several of them with different variations and with different intensities. It all depends on one's health and lifestyle—no two individuals are exactly the same.

Here are 10 symptoms that will give you and idea of whether or not you may be developing cataracts:

Trying to figure out if you’re experiencing symptoms of cataract formation can be confusing and tedious. The best way to cancel out all doubt and start the care process is dependent on how often you schedule and attend eye exams. It is recommended to book an eye exam every two years, and yearly for those over the age of 40.

Book a comprehensive eye exam with your local FYidoctors today.