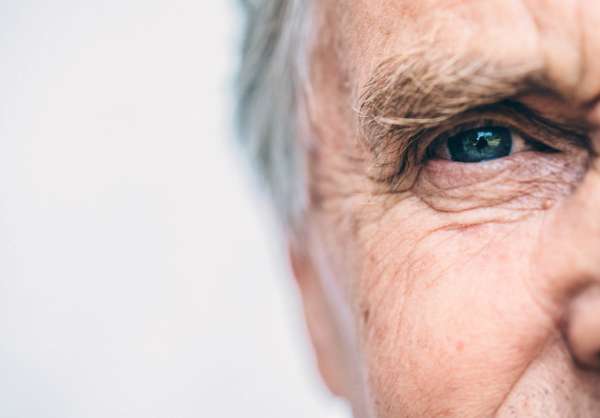 Affording patients with valuable additional time to address and possibly treat symptoms related to their illness is of the essence during diagnosis. Comprehensive eye exams can provide insight into more than just one’s eyesight as new exams and screening procedures are being used to detect early signs of certain diseases, such as Alzheimer’s Disease. A simple eye test could soon reveal whether you have Alzheimer’s Disease 15 to 20 years before symptoms of the disease might start to appear.

Recent findings in medical research point to using eye exams as a way of identifying a predisposition to Alzheimer’s Disease, somtimes preceeded by a mild cognitive impairment (MCI).

Research alludes to the assumption that eye movements act as sensitive markers of cognitive change or deterioration. Specifically, Alzheimer’s disease has been linked to the gradual loss of efficient control of attention, as well as impairments of inhibitory control and eye movement error correcton. (Crawford et al., 2005-2013). When finding a correlation between eye-tracking and cognitive delays, doctors can be given the opportunity to prescribe appropriate treatment in a timely manner.

Currently, 46% of the estimated 47.5 million individuals suffering from dementia worldwide with an initial form of cognitive impairmentsuffer the onset of dementia within 3 years. (Pal et al., 2018) These symptoms sometimes have rapid on-set, requiring immediate attention. Therefore, to slow the progression of dementia.

Past research has linked vision health to Alzheimer’s disease. In particular, the Washington University of Medicine found that through an examination of the retina, beta-amyloid proteins could be detected, indicating warning signs for the illness. Furthermore, findings presented in Copenhagen, Denmark supported this research by discussing how an eye test designed to look for a build up of amyloid plaque at the back of the eye was also linked to Alzheimer’s Disease. Eye-tracking research aims to further explore the connection between eyes and disease.

In recent research published in the Aging journal, Thom Wilcockson explored how eye-tracking could be a helpful indicator of MCI symptoms. Testing 42 participants with an MCI predisposition with an eye-tracking test, his team recently published findings on using the exam to monitor eye movements, which have the potential to link inhibitory control to cognitive deficits—mainly pertaining to memory decline to predict early signs of dementia.  Control of eye movement, in particular, can be be an early biomarker of dementia.

By monitoring the eye movements of test subjects between the ages of 55 and 90, cognition was assessed with the Montreal Cognitive Assessment (MoCA), the Free and Cued Selective Reminding Test with Immediate Recall (FCSRT-IR), and the digit and spatial span. These assessments were chosen to test the subject’s ability to direct their gaze, recall spatial and digital information, as well as gauge levels of attention, concentration, and orientation.

Following the administration ofstimuli to the subject’s dominant eye, researchers concluded that an inability to direct their gaze in the appropriate direction was indicative of early signs of Alzheimer’s Disease. An increase in these errors can be regarded as a possible manifestation of cognitive impairment. Thus, eye-tracking technology could be used to detect the medical predisposition by testing an individual’s ocular functioning.

Wilcockson and his colleagues used eye-tracking tests as a prognostic tool to determine the likelihood that a patient with a mild cognitive impairment will progress to symptoms of dementia.

The results of this study suggest that utilizing this non-invasive screening procedure allows clinicians to identify a patient’s gradual loss of the efficient control of attention. This signifies an indication that an Alzheimer’s predisposition is present. Specifically, a sensitivity to memory impairment can be identified as being at higher risk for dementia.

Once early detection of the Alzheimer’s predisposition is reached, medical professionals can potentially gauge the likelihood of their patient developing dementia symptoms as a result of Alzheimer’s Disease.

By using innovative medical screening procedures, such as AI-based diagnostics, implantable miniature telescopes and the Optomap retinal imaging scanner, eye exams can offer insight into progressing diseases so that medical professionals can possibly diagnose and subsequently administer a broad course of action to treat the disorder.. Proactive detection testing gives patients with a predisposition to cognitive impairment, , the opportunity to explore possible options into slowing the progression of their symptoms.