Are Virtual Reality Headsets Bad For Your Eyes? 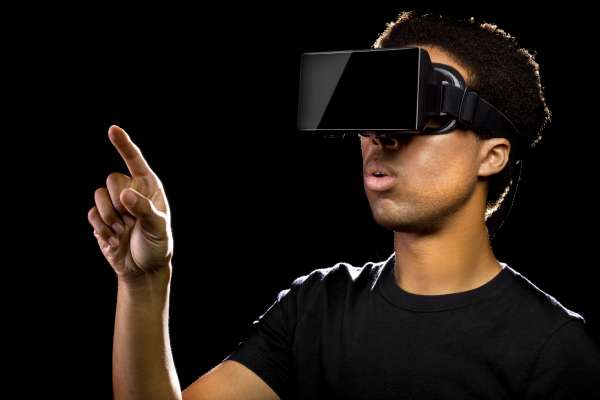 Virtual Reality technology is poised to breakthrough in a big way in 2016, with companies including Facebook, Samsung, Sony and Google all developing their own systems. This new technology uses special headset displays to create immersive visual experiences using stereoscopic images.

While there’s a lot of excitement about this new technology, there are also some well-founded fears about how it might affect the eyes in the long term. That’s because the experience of looking at objects in the real world is so different from that of seeing objects in the virtual world.

For instance, in the real world, our eyes need to focus and converge on a point in space when we look at it – a reflex known as the accommodation-convergence reflex. Our brains know that the distance we need to converge our eyes is the same distance we need to focus our eyes. In the virtual world our eyes are always focused on a fixed point (looking at the screens inside the headset) while attempting to converge or diverge towards objects that appear nearby or distant. The disconnect is known as the vergence-accommodation conflict, and it’s why many people experience visual discomfort when using VR headsets in the form of nausea or headaches.

Another issue that VR manufacturers are warning users about is the potential for headsets to impact hand-eye coordination. What happens is that the brain adapts to the constraints of the VR simulation and gets used to it. Once the user gets out of the simulation, their brain has to re-adapt. During this period of adjustment, users may reach past objects that they’re reaching for because VR has affected their perception of objects at a distance. This disorienting phenomenon is typically short-lived but there is a real concern that someone affected by it could do serious damage by doing something that requires unimpaired balance and hand-eye coordination before they’ve fully recovered from any symptoms.

Of more lasting concern are fears of stereoscopic images harming children’s still-developing eyesight. Studies suggest VR headsets could trigger latent visual problems in people with intermittent exotropia — a condition quite common in young children where one eye sometimes turns outward. It’s thought that VR headsets and other stresses can trigger episodes of double vision in these children, which can then lead to permanent visual changes.

While there are no smoking guns pointing at VR headsets as being bad for your eyes, there has been very little research regarding long-term extended use of these headsets. The eye care community will be looking closely at issues moving forward. It’s becoming more evident that to be able to be fully engaged with the VR technology a person must have clear, comfortable and coordinated vision. Hopefully this will encourage more individuals, especially children, to have a complete eye exam before using this technology.

In the meantime, if you have any concerns with your eyesight stemming from VR headsets, book a complete eye exam at an FYidoctors near you.