How the Eye Perceives Camouflage Patterns 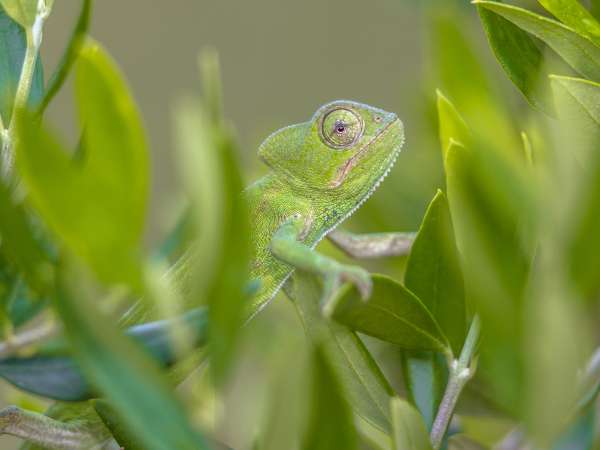 What do you think of when you hear the word camouflage? If the first image that comes to mind is of military uniforms, you’re on the right track. The military has heavily invested in the concept, but what most people overlook is the fact that camouflage patterns are humans’ attempts at trying to mimic animal characteristics. Animals that are known for their camouflage patterns include chameleons and snow leopards. While the idea of hiding in plain sight is intriguing, the science behind it is even more interesting.

How Animals Use Camouflage Patterns

Some animals have prints on their skin, hair or fur, that are designed to distort their body outline. This is known as “matching their edges,” and it makes it much harder for a predator to track them down. Abbot Handerson Thayer, a 19th century American artist, was first to write about this phenomenon. He observed that animal camouflage patterns typically took the form of colour patches on their skin or fur, in the form of fractals. One of the most well-known animals that uses this type of camouflage pattern is the zebra.

Another style of camouflage patterns we see in animals is environmental colouration. This immersive background-matching, used by chameleons and other animals, is most effective when the animals aren’t moving, but is rather noticeable once they do.  Animals that match their edges, such as zebras, are harder to chase because it impacts their predator’s depth perception. On the other hand, chameleons are harder to hunt because they use environmental colouration.

Inspired by animals, and in need of cloaking solutions, humans began to adopt both of these techniques.

How Humans Use Camouflage Patterns

Soldiers used to wear forest green or field beige to blend in with their surroundings. By World War I, artists were hired to create “dazzle ships,” vessels with optical illusions painted on their exterior, in order to alter how the human eye perceived these ships in a combat situation. To play tricks on perception, artists blended psychology with human physiology and thus began the science of wartime camouflage patterns.

The Future of Camouflage Patterns

With the improvement of fractal-camouflage (army print) clothing, true invisibility is becoming a reality, and it isn’t absurd to think that invisibility cloaks may exist in some form or another. Building on the concept of naturally occurring fractals, humans have developed technologies that display a repeating camouflage pattern from every angle and scale, allowing the wearer to become almost completely invisible.

This phenomenon is caused by a combination of depth perception and the eye’s inability to process rapid changes in light and colour. The exact science is well protected by federal agencies, but don’t be surprised if we soon see this technology implemented on a broader scale.

Much like the pattern itself, camouflage will continue to adapt to its surroundings and evolve far beyond what we see today. It’s one of the rare instances where an inability to see isn’t a vision problem. In fact, it’s a sign of very effective camouflage!

Want to learn more about how humans have adopted animal characteristics for advancements in technology? Read our blog on how insects see in 3D, and the affect it can have on vision technology advancements.