Whether you’re looking for a comprehensive eye exam, customized lenses or the latest in designer frames, our goal is to provide you with a quality eye care experience.

We have been part of the Ajax community since 1987 and have been in our current location since 2002. We love being an active member in our community and are proud sponsors of many local sport teams and initiatives.

Our doctors and staff are highly experienced and look forward to your next visit.

Let us help meet all of your vision needs. We offer:

Come visit FYidoctors - Ajax today and let us take care of all your vision needs. New patients are always welcome! 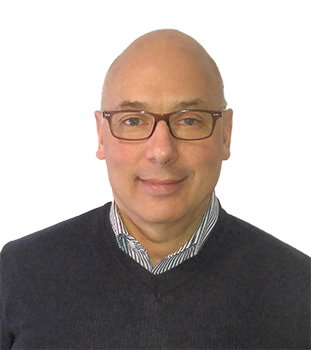 Dr. Tyber was born and raised in Toronto. He received a Bachelor of Science degree from the University of Waterloo in 1982 and graduated from the School of Optometry, also at the University of Waterloo, in 1986. He practiced for one year in Halifax, Nova Scotia before returning to Ontario where he opened a practice with a partner in Ajax, Ontario. The practice was moved from Harwood Ave. to a renovated century home on Kingston Rd. W. in 2002. Dr. Tyber has continued to advance his professional education with various post-doctoral courses, including Ocular Therapeutics at Northeastern State University of Oklahoma and many other advanced contact lens, technology and ocular pathology courses. He has been a frequent lecturer to optometrists in Ontario, Manitoba and Nova Scotia on advanced contact lens fitting (for Bausch and Lomb), ocular health (for Alcon) and has spoken many times for the Durham region of the Canadian Diabetes Association. He has published articles on contact lenses and ocular pathology in peer-reviewed journals in Canada, the United States and England (Review of Optometry, Clinical and Refractive Optometry, Optician).

Dr. Tyber and his wife, Susanne, have been married since 1987. They have 3 lovely children, Sydney, Bram and Michael, and 2 dogs. Dr. Tyber enjoys playing hockey, in-line skating, skiing and scuba diving. Along with his 2 boys, he also enjoys doing community outreach with a particular charity in the city. They can be found on many cold winter nights delivering food, clothing and other necessities to homeless men and women in downtown Toronto.